Argument that Escalated Leaves One Dead in Mulga 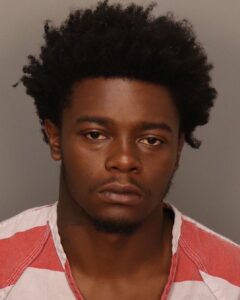 At approximately 2:00 AM on Sunday, August, 9, 2020, Jefferson County Sheriff’s Office was notified of a person who had been shot in the 300 block of Utica Place in Mulga.  Deputies arrived to find a 25-year-old, male suffering from multiple gun shot wounds.  The victim was transported to a local hospital for treatment but was pronounced deceased on arrival.

After further investigation, Detectives determined that the victim and 19-year-old, Cameron De’Shawn Moore had gotten into an argument that escalated.  Moore shot the victim and fled the scene.

Moore was arrested and placed in the Jefferson County Jail for the charge of Murder.  His arrest carries a $75,000 bond.