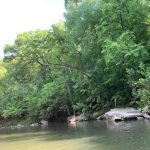 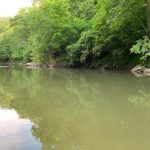 On May 31, 2021, around 6:00 PM, Jefferson County Deputies were dispatched to Valley Creek in Oak Grove on the report that 2 kayaker’s had located a body in the creek.  Deputies attempted to recover the body, but due to the extremely rugged terrain in the area, they were unable to safely remove it in the dark.  At approximately 6:30 AM, Deputies, along with Concord Fire and Rescue personnel, were able to resume recovery efforts.

Currently, there has been no positive identification, however, the body is that of a caucasion male.  The Jefferson County Sheriff’s Office along with personnel from ALEA, have been performing searches in multiple locations throughout the weekend in an attempt to locate 33 year old, William McNair, Jr. McNair was reported missing on May 29, 2021 around 6:00 PM.  Deputies along with K-9’s, immediately went to the area where McNair was last known to have been.  His truck and personal belongings were located, but there was no sign of McNair.  K-9 Deputies and ALEA’s Helicopter were deployed over the weekend, but were unable to produce any new leads.

The body has now been recovered and the Jefferson County Coroner’s Office will provide identification as well as cause and manner of death.  This case is still under investigation by Jefferson County Sheriff’s Detectives.