Pedestrian Struck on Highway 79 in Pinson 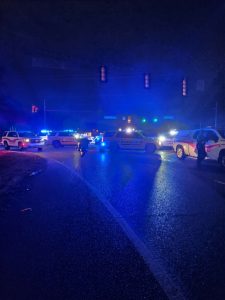 At approximately 9:07 PM, Jefferson County Sheriff’s Deputies were dispatched to a service station at the intersection of Highway 79 and Sweeny Hollow Road in Pinson.  Initial reports advised that a female pedestrian had been struck by a vehicle.  Upon arrival, it was discovered that the female pedestrian was likely intoxicated and had wandered into the roadway where she was struck by an oncoming vehicle. She was transported by ambulance to UAB hospital with life threatening injuries.

The Sheriff’s Traffic Accident Reconstruction Team is conducting the investigation into the incident.  The driver of the vehicle remained at the scene and is fully cooperating with the investigation.