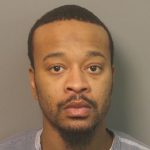 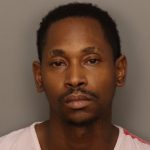 31-year-old Kaderius Derell Cunningham and 39-year-old Sylaster Kentae Johnson were arrested last night after the investigation of a shooting that occurred at a convenience store in the 3600 Block of Lloyd Noland Parkway in Fairfield.

At approximately 2:00 AM on Saturday, June 27, 2020, Jefferson County Deputies responded to a call of two people having been shot.  Once on the scene, deputies located the two victims, who were both suffering from gunshot wounds.  Their wounds appeared to be non-life threatening.

After speaking with the victims and reviewing the evidence at the scene, deputies were able to locate the suspects and take them into custody.   Both Cunningham and Johnson have been charged with 2 counts of attempted murder and shooting into an occupied vehicle.  Their bonds are set at $180,000 each.