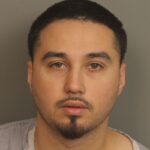 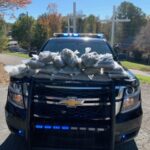 On Monday, November 16, 2020 at approximately 1:00 PM, a Jefferson County Deputy performed a traffic stop on I-22 in Adamsville.  As the deputy approached the driver’s door, he could smell the strong odor of marijuana emitting from the vehicle.   The deputy performed a search of the vehicle and discovered approximately 18 pounds of marijuana inside.

The driver of the vehicle, 26 year old, Rafael Sequoyah Freedman of Berkerly, California, was arrested for Trafficking in Marijuana and placed in the Jefferson County Jail.  His bond is set at $500,000.