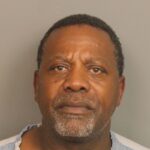 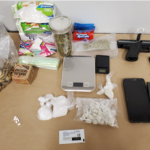 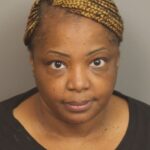 On October 6, 2020, Jefferson County Sheriff’s Office Narcotics Unit along with SNET (Sheriff’s Neighborhood Enforcement Team) conducted a search warrant in the 2800 block of Avenue F in Ensley.  The search warrant yielded 38 grams of Heroin, 81 grams of Meth, 2 ounces of marijuana and a handgun.  Information received at this location prompted Detectives to seek a search warrant in the 5000 block of Winchester Hills Terrace in Birmingham.  During the execution of this search warrant, there were large assortments of prescription medication, in both pill and injectable form, 1 gram of methamphetamine, 2 ounces of marijuana and $3,000 in currency seized..

Arrested as a result of these search warrants were 56 year old Vincent Ferell Davis and 47 year old Keisha Danielle Cook.  It is thought that the assortment of prescription medication found at the Winchester Hills Terrace location, came from the local nursing home where Cook was employed as an RN.  The nursing home has been notified and is conducting an internal investigation.