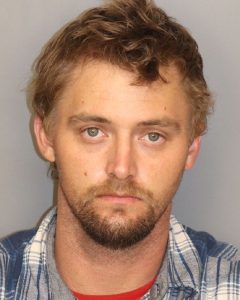 On Tuesday August 2, 2022 at approximately 11:18pm Jefferson County Deputies responded to a shooting in the 5500 block of Myron Clark Road in McCalla.  Deputies arrived and found  a 42 year old man later identified as Thomas Allen Everett deceased on the scene.  After investigation and review of the evidence with the Bessemer District Attorneys Office, detectives have charged 28 year old Danial Aaron Madden with the murder of Thomas Allen Everett.  Madden is being held in the Jefferson County jail on a $75,000.00 bond.   .

END_OF_DOCUMENT_TOKEN_TO_BE_REPLACED

On Saturday August 6, 2022 at 12:10am Jefferson County deputies began an investigation into a homicide in the 2400 block of Freemont Avenue. ...