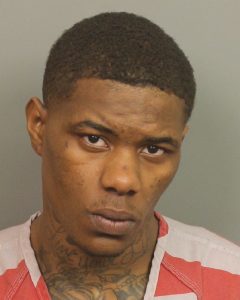 On Monday May 27, 2019 at 9:31am Deputies responded to a call of a vehicle crash and shots fired in the 400 block of 15th Terrace N.W.  Dewayne Mone Prowell Jr. has been charged with 2 counts of attempted murder after he began shooting at 2 men he knows.  The men began to shoot back at Prowell.  Prowell then crashed his vehicle into the vehicle that the other men were in.  All of the men fled the crash scene but were captured by deputies in difference locations with the help of citizens.  No one was injured during this shooting but several buildings structures and houses were struck by bullets.  After investigation Dewayne Prowell Jr. was arrested and charged with the attempted murder of both men.

END_OF_DOCUMENT_TOKEN_TO_BE_REPLACED

On Saturday January 15, 2022 at 8:29pm citizens called 911 to report a three car wreck on Pinson Valley Parkway near the intersection of Meadow...