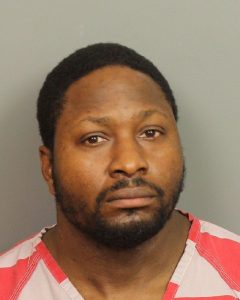 On Sunday May 26, 2019 at 3:14pm deputies were dispatched to investigate a homicide in the 4700 block of Longmeadow Dr. in the McCalla community.  39 year old Belton Eugene Nettles has been charged with Capital Murder in the death of his wife, 52 year old Linda Cole Jackson.  Deputies located a victim who informed them that her mother had been killed and that she had been held at gun point for hours until she was able to get away and call for help.  The offense apparently started with an argument between the couple around 3:00am.  The victim reported that Belton then assaulted her and her mother was shot when she tried to defend her.  The victim was held at gun point for hours until one of Belton’s family members called and convinced him to allow her to leave.  Belton later turned himself in to the Bessemer Police department.  Belton has no bond and more charges are pending.