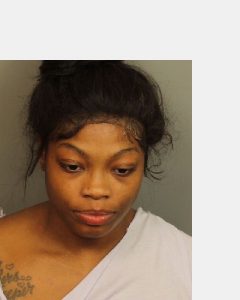 On Sunday August 8, 2021 at approximately 10:30pm Jefferson County Sheriff’s Deputy Somer Ross was arrested for harassment and disorderly conduct.  Somer Ross was on administrative leave while the Birmingham Police Department completes an investigation into the shooting death of her 11-month-old child.  Deputies were conducting a criminal investigation in the 3600 block of Lloyd Nolan Parkway when Ross arrived on the scene.  Ross got out of her vehicle and engaged the victim in an argument.  The argument quickly escalated into a physical altercation between the two, with Ross being the primary aggressor.  Ross was hired as a probationary employee on December 7, 2020.  On Monday August 9, 2021 Ross resigned her position as a deputy sheriff in lieu of termination.