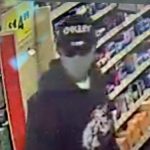 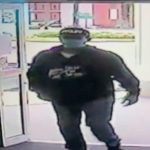 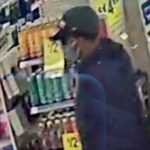 Jefferson County Sheriff’s Detectives are requesting the public’s assistance in identifying a subject in an attempted robbery on Monday, July 13, 2020 at approximately 12:30 PM.  The suspect entered the CVS at 2000 Center Point Road and approached the pharmacy tech.  He gave the victim a note demanding that she give him drugs or he would shoot her.  Another employee realized what was occurring and approached the suspect, who then immediately fled the store.

The suspect is a light complected black male who is approximately 6ft tall.  He was wearing blue jeans, a black hoodie with a “Bass Pro Shops” logo on the front, gray gloves, dark sunglasses and a black ball cap with “OAKLEY” printed on the front in light-colored lettering.  The suspect fled the scene in a burgundy, 4-door, small sedan, similar to a Honda Civic.

If you have any information on the identity of this suspect, please contact Detective Ali Daniels at 205-731-2815.