Dispute between Neighbors leads to Homicide 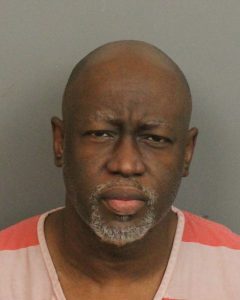 On Thursday August 4, 2022 at approximately 8:51am Jefferson County Sheriff’s Deputies were dispatched to investigate a shooting in the 2500 block of 2nd Way NW in Center Point.  Deputies arrived and found a 28 year old man suffering from a gunshot wound.  The wounded man was identified as 28 year old Antonio Leon Warren.  Deputies also observed a man standing nearby wanting to surrender.  That man was later identified as 54 year old Nathan Lee Sanders.  .

Warren, was transported to the hospital for treatment but he did not survive.  Detectives were able to determine that the victim and offender were neighbors and had been involved in an ongoing dispute for the past few years.  After a review of the evidence, Nathan Lee Sanders was arrested and charged with the murder of Antonio Leon Warren and is being held in the Jefferson County jail without bond.

END_OF_DOCUMENT_TOKEN_TO_BE_REPLACED

On Saturday August 6, 2022 at 12:10am Jefferson County deputies began an investigation into a homicide in the 2400 block of Freemont Avenue. ...