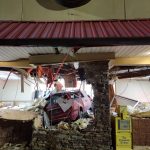 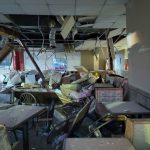 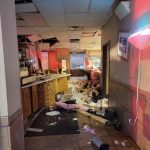 Shortly after 5:00 AM this morning, Jefferson County Sheriff’s Deputies were called to the Jack’s Restaurant in Pinson to investigate calls that a vehicle had crashed into the building.

Upon arrival, deputies found that a 29-year-old employee drove their Chrysler van into the front of the restaurant.  The driver was transported to the hospital with non-life-threatening injuries.  There were employees inside of the store at the time of the crash, but none were injured in the incident.  There were no customers inside of the building at the time.

The circumstances surrounding the crash are still under investigation.