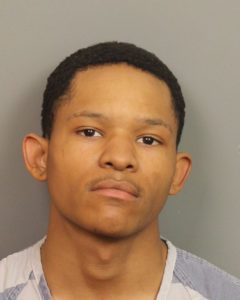 On Friday January 31, 2020 at approximately 11:17am a homeowner in the 500 block of 27th Ave NW. Center Point called 911 to report that she could hear someone breaking into her home.  Deputies arrived quickly and observed a black male suspect leaving the scene.  The suspect was detained by Deputies.  Deputies investigated the offense and found some of the homeowners property in the suspects pockets.  The suspect was taken into custody and charged.  18 year old Willie Bailey Jr. is charged with Burglary 2nd, Unlawful Breaking and Entering Vehicle, Criminal Mischief 3rd and Theft of Property 4th with bonds totaling $15,600.00.