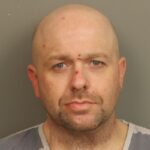 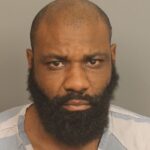 On October 1, 2020, The Jefferson County Sheriff’s Office Vice and Narcotics Unit teamed up with other law enforcement agencies to execute a Human Trafficking operation in the 1700 Block of Fulton Road in Fultondale.  During the operation, two 39 year old males were arrested in conjunction with human trafficking charges. Charles Andrew Harley of Auburn was charged with Human Trafficking 2nd Degree, Trafficking in Stolen Identities and Possession of  a Forged Instrument.  His bond is set at $55,000.  Nehemiah Isaiah Yearby of Hueytown was also arrested.  He was charged with Human Trafficking 2nd Degree, Possession of Controlled Substances, Receiving Stolen Property 2nd Degree, Certain Persons Forbidden to Possess a Firearm and Possession of Marijuana.  His bonds are set at $36,000.