Ice and Cocaine Seized in Centerpoint 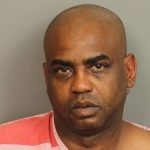 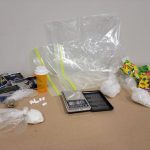 On Thursday, October 7, 2021, the Jefferson County Sheriff’s Office’s Vice and Narcotics Units were able to perform a traffic stop on an individual who had been under surveillance for possible drug trafficking activity.  Detectives, assisted by Star-1 implemented a stop which yielded 84.40 grams of ICE (methamphetamine), 14.97 grams of cocaine, as well as marijuana and hydrocodone pills.

Two counts of trafficking, possession with the intent to distribute, possession of marijuana first degree and unlawful possession of controlled substances charges were placed against Otis Donxreal Maddox.  He was placed in the Jefferson County Jail in Birmingham.  Maddox was released on bond early this morning.

If you know of illegal drug activity in Jefferson County, you can send an anonymous tip on our website at www.jeffcosheriffal.com.  You may also call Crime Stoppers at 205-254-7777.