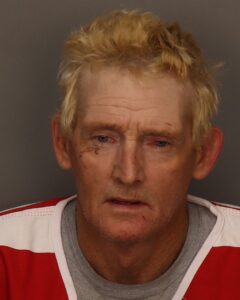 On November 14, 2020, Jefferson County Sheriff’s Deputies went to a residence in the 1400 Block of Little River Trail in Jefferson County, in an attempt to execute arrest warrants on 47 year old Bobby Joe Glass, Jr.  When deputies reached the residence, Glass was outside in his vehicle.  He attempted to drive away from the residence when he saw deputies arrive.  Deputies followed Glass until his vehicle slid off of the roadway on Highway 269, where he began to flee on foot.  They were able to catch up to Glass and take him into custody.