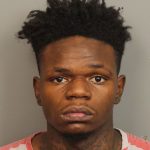 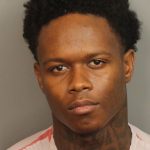 At approximately 2:00 AM on Friday, June 26, 2020, the Jefferson County Sheriff’s Office was advised of a vehicle pursuit that was entering Jefferson County on I-22.  Both Marion and Walker County were pursuing a vehicle on an attempted stop that occurred in the Hamilton area.  The occupants were suspects in a burglary.  Once deputies arrived on the scene, they found that the vehicle had wrecked and two subjects had been apprehended.  There were two additional subjects who were later apprehended by the Jefferson County K-9 Unit and K-9 Officers from nearby Donaldson Prison.

Two of the subjects were taken to the Jefferson County Jail in Birmingham.  24-year-old Darryius Eugene Tompkins was arrested on an outstanding warrant for Attempted Murder.  His bond is set at $60,000.  23-year-old Leeco Demon Whittington was charged with Receiving Stolen Property 1st Degree, Possession of Burglary Tools and Unlawful Possession of Marijuana 2nd Degree.  His bonds total $36,000.