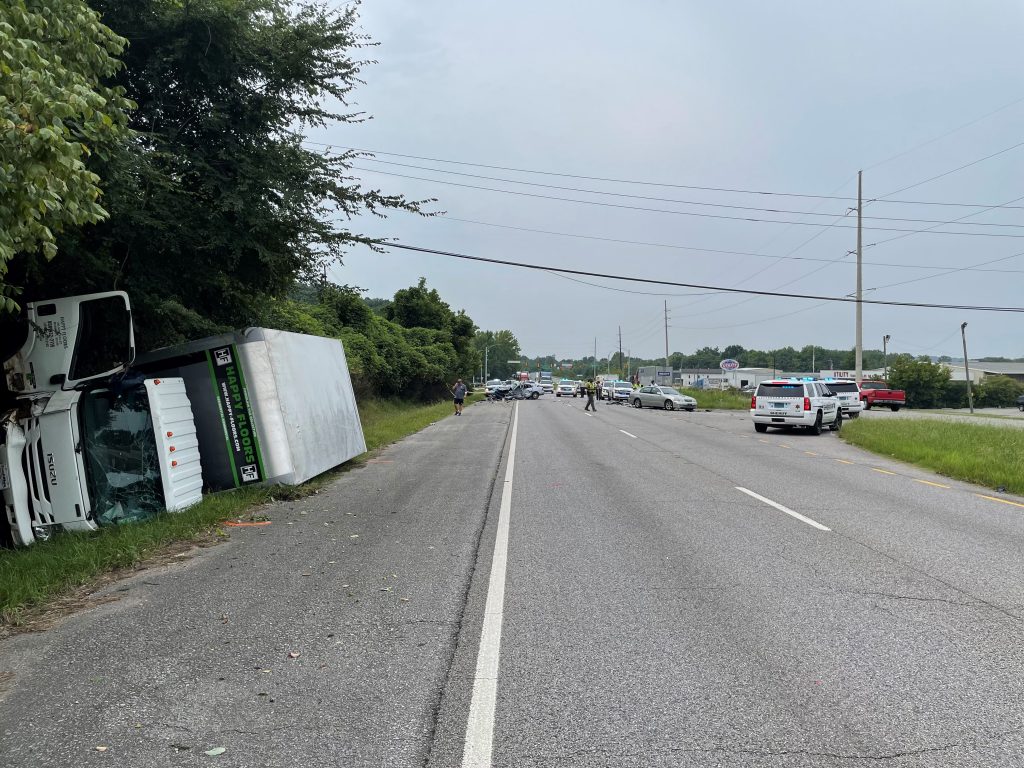 The Jefferson County Sheriff’s Office is investigating a multi-vehicle accident that occurred around 9:35 this morning, August 2, 2021, on Highway 79 in Pinson.  According to early reports, it appears that a vehicle attempted to cross the highway and was struck by an oncoming vehicle.  Two additional vehicles were involved as they attempted to avoid the collision.

The driver and a passenger of the vehicle that struck the crossing vehicle, fled the scene on foot, leaving behind a small child who was transported to Children’s Hospital.

Multiple children ranging in age from 1 to 3 years-old, were transported to Children’s Hospital.  Their condition is unknown at this time.  The 32 year-old female driver of the vehicle that was attempting to cross the highway was pronounced dead at the scene.  Two other subjects received medical attention from medics on the scene.