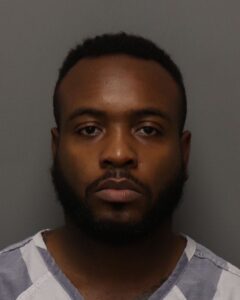 After an extensive investigation, detectives with the Jefferson County Sheriff’s Office arrested 30 year old Desmond Clopton for promoting prison contraband.  Clopton was a recent graduate of the sheriff’s academy and was working as a deputy in the Bessemer County Jail.  It was discovered that Clopton had been bringing in contraband to inmates in the jail.  His bond is set at $3,000.  The case remains under investigation.