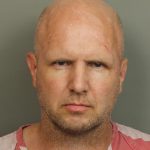 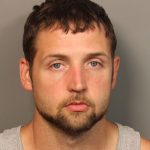 In the last 7 days Jefferson County Vice and Narcotics Detectives have been working hard on removing illegal narcotics from the streets of Northern and North Western Jefferson County.  Tuesday night, deputies attempted to make a traffic stop on a White Chevrolet 1500 pickup truck on Walker’s Chapel Road in Fultondale.  The driver of the vehicle slowed down, as if he were going to stop, but instead fled from deputies.  Deputies were joined by additional agencies on a pursuit that started in Fultondale and ended on I-22 near Graysville.

During the chase, the driver of the truck, Charles Ray Ricketts, tossed what was later found to be bags of crystal methamphetamine, out of his window.  At one point, Ricketts maliciously slammed on his brakes, put his truck in reverse and rammed the lead patrol unit in the pursuit.  Ricketts repeated this hostile behavior multiple times until the deputy fired two shots at the offender.  Ricketts was not hit.  He then continued onward, fleeing from deputies, until he lost control of his truck on I-22 near Cherry Avenue, at which point he was taken into custody without further incident.

On Friday, July 17, 2020, Deputies completed a search of a home at the 3800 block of Tanner Road in Dora.  During the search, Deputies recovered large amounts of illegal narcotics, guns and counterfeit currency.  34-year-old Zachari Rouse was taken into custody and was booked into the Jefferson County Jail.