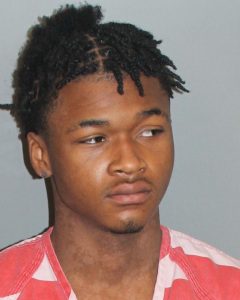 On Thursday December 8, 2022, at approximately 4:09pm, Jefferson County Sheriff’s Deputies were dispatched to a location on Tower Dr. in Forestdale to investigate a report of a 3-year-old who had been shot.  Deputies arrived at that location and found a 3-year-old girl suffering from a gunshot wound to her abdomen.  The child had been left in the care of her 19-year-old brother Leon Walker Jr.. The child was transported to the hospital where she is being treated.  The most recent update is that the child is in stable condition.  After review of the evidence, Sheriff’s investigators have charged Leon Walker Jr. with Aggravated Child Abuse and he is being held in the Jefferson County jail on a $30,000.00 bond.  Additional charges are likely as the investigation continues.  If anyone has additional information about this case, they are asked to call the Jefferson County Sheriff’s Office at 205-325-1450 or Crime Stoppers 205-254-7777.