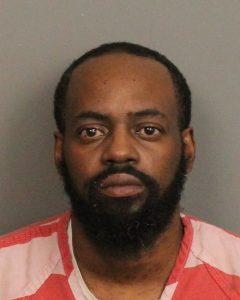 On Sunday October 23, 2022, at 3:03pm Jefferson County Deputies were dispatched to investigate a report of a shooting.  Deputies found evidence of a shooting location at the gas pumps of a convenience store in the 1100 block of Center Point Parkway.  Everyone involved had fled the scene.  Sheriff’s investigators were able to track down the victim and offender at different locations.  Evidence shows that both men were at the gas pumps when they exchanged words and began to fight.  One man pulled a gun and shot the other man.  The shooter was later identified as 38-year-old Marcus Dion Woods.  Marcus Woods has been charged with Attempted Murder.  The victim is expected to survive.