In military tactics, a patrol is a sub-subunit or small tactical formation, sent out from a military organization by land, sea or air for the purpose of combat,reconnaissance, or a combination of both. The basic task of a patrol is to follow a known route at which sent to investigate some feature of interest, or to fighting patrols (US combat patrol), sent to find and engage the enemy. A patrol can also mean a small cavalry or armoured unit, subordinate to a troop or platoon. A patrol usually comprises a section or squad of mounted troopers, or two AFVs (often tanks). 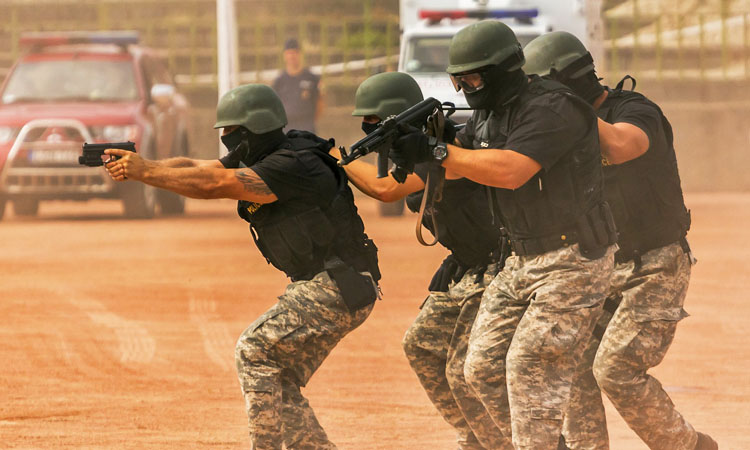