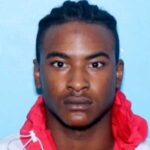 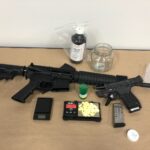 On Thursday, August 13, 2020, Jefferson County Narcotics detectives conducted surveillance in the Flint Hill Road vicinity of Bessemer after receiving complaints of heavy drug activity in the area.  During the surveillance, a stop was made for a traffic violation on a subject in the area.  That stop proved to be beneficial to their goal.  Detectives arrested 19-year-old, Andre Maurice Hood, Jr. of Fairfield, on the charge of Trafficking Opiates.

During the stop, detectives seized hydrocodone pills, an AR-15 rifle, and miscellaneous drug paraphernalia consistent with the distribution of narcotics.  Hood was taken into custody and placed in the Jefferson County Jail on a $5,000 bond.