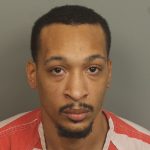 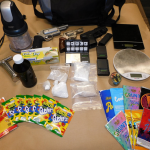 On Monday, March 1, 2021, Jefferson County Sheriff’s Vice and Narcotics detectives executed a search warrant in the 400 block of Chapel Creek Lane in Fultondale.  During that search, 1.8 ounces of Heroin, another 1.2 grams of Heroin, 1.8 ounces of Cocaine, marijuana edibles, paraphernalia, 3 firearms and almost $8000 in cash were recovered.  Detectives arrested 28 year old Brennon Jabree Dinatale.  Dinatale was charged with Trafficking Heroin, Trafficking Cocaine, Unlawful Possession of a Controlled Substance and Possession of Drug Paraphernalia.  Bonds have not yet been set for his charges.