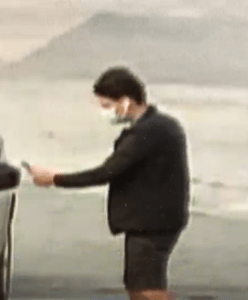 One of the cash exchanges was caught on video on September 9, 2020 at the Flying J in McCalla.  The suspect met the victim and took $14,000 in cash and left the scene. The vehicle in this instance was possibly a black SUV with dark tinted windows.  The suspect appeared to be of Middle Eastern or Indian descent but had no discernable accent.

In another successful scam, the victim turned over $16,000 to the suspect.  There may be other victims who have not called to file a report.  Please reach out to us so that we can bring these people to justice.  This is a despicable attack on the love grandparents have for their grandchildren and we will not tolerate this.

If you receive a call of this nature, please call the Jefferson County Sheriff’s Office directly at 205-325-1450 and verify the information you are given.  If you actually need to bail someone out of jail, you will need to come to the jail and sign paperwork having the person released.