One Dead and Another Seriously Injured in Fairfield Traffic Accident 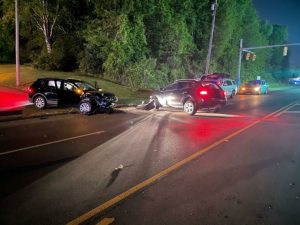 At approximately 6:30 PM today, Jefferson County Sheriff’s Deputies were called to the 5700 Block of Valley Road in Fairfield to investigate a two vehicle accident with injuries.  Upon arrival it was discovered that the driver of one vehicle, a 69-year-old male, was pronounced dead at the scene.  The driver of the other vehicle was transported to a local hospital with serious injuries.

The Jefferson County Sheriff’s Traffic Reconstruction Team is on the scene conducting the investigation.