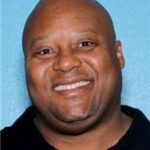 Just before 11:00 PM on Sunday, August 14, 2022, Jefferson County Sheriff’s Deputies were dispatched to the 1800 block of Pebble Lake Circle in Eastern Jefferson County to investigate shots fired in the area.  Upon arrival, deputies discovered that a domestic violence situation had occurred inside a residence at the location.  The suspect in the incident had pursued two victims away from the home and then back to the residence.  According to witnesses, upon all parties arriving back at the residence, the suspect exited his vehicle, approached the victim’s vehicle and fired multiple shots into the victim’s car.  A 29-year-old male attempted to flee from the vehicle to reach safety, but was struck by gunfire.  He was transported to a local hospital, but later succumbed to his injuries.  The victim is the suspect’s son.

Detectives are asking for the public’s assistance in locating suspect, Henry Edward Freeman.  Freeman is a 50-year-old, black male, who is 5’9″ tall and weighs approximately 250 lbs.  He was last seen driving a black, 2009 Nissan Titan Pickup truck, bearing Alabama tag number 1AP1741.  If you see Henry Freeman, please call 911.  He is considered armed and dangerous.