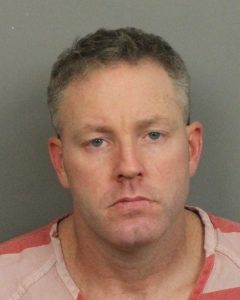 On January 10, 2023, Jefferson County Sheriff’s Deputies were dispatched to the 2200 block of Wildridge Circle in southern Jefferson County, on reports of a male who exposed himself to a female at that location.  It was found that the suspect had gained access to a vacant apartment and exposed himself from the apartment’s balcony.  Detectives were called to the location and obtained evidence that assisted them in developing a suspect.  Thirty-nine-year-old Jonathan Wade Copeland of Maylene was arrested and charged with Indecent Exposure and Burglary 3rd degree.  Copeland was held on a $30,000.00 bond.  He is listed on the Alabama Law Enforcement Agency’s website as a registered sex-offender.