Score another arrest for Star 1 Helicopter 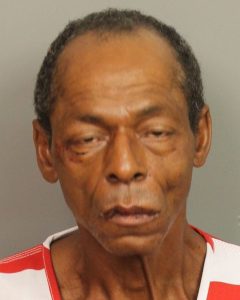 On July 3, 2019 at 10:25pm Deputies responded to the 1100 block of Utica Street on a call for help in the Minor Heights community.  Residents called to report a man was shooting at their house.  Deputies arrived and attempted to take the man into custody.  The man tried to flee on foot into a wooded area that he was very familiar with.  The deputies were supported by the Sheriff’s Star 1 helicopter that was able to track him until he was in custody.  The man is identified as 59 year old Ronnie Lenear Colvin.  Witnesses reported that Colvin was drunk and angry that he had been asked to leave and came back shooting at the house.  No one was injured.  Colvin is Charged with Discharging a firearm into an Occupied Building, Reckless Endangerment, Menacing, Assault 3rd, Public Intoxication and a warrant for Driving without License.  His bonds total $42,350.00.

For a photo of Ronnie Lenear Colvin view this story on our website. See the link for Helicopter Video with this link https://www.dropbox.com/s/gdmjedzl2od4wpo/2019-00058732.7-3-19.ACTIVE SHOOTER.frederick%28highlight%29.mp4?dl=0