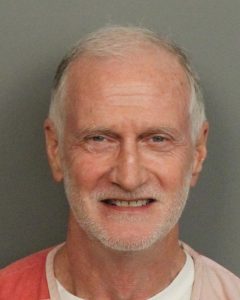 Just after 10:00 AM this morning, Jefferson County Sheriff’s Deputies went to two different locations in attempts to serve a second arrest warrant in the murder of 32-year-old, Zachary Coates.  Deputies were able to serve warrants on 62-year-old, William Vaughan McKnight.  According to reports, McKnight shot Coates to death on September 30, 2022.  He and co-defendant, Christal Skelton, later buried Coates’ body in the backyard of the victim’s home.  A freshly dug grave was discovered when deputies went to the Mount Olive home to perform a welfare check, at the request of Coates’ family.  Coates’ body was recovered from the grave during detective’s investigation.

William Vaughan McKnight is being held in the Jefferson County Jail in Birmingham on $400,000.00 bond.  He is being charged with Murder and Abuse of a Corpse.  Christal Skelton was arrested on October 22nd and was released after posting a $300,000.00 bond on November 2, 2022.