A police bike is a ground vehicle used by police for transportation during patrols and to enable them to respond to incidents. Typical uses of a police car include transporting officers so they can reach the scene of an incident quickly, transporting and temporarily detaining suspects in the back seats, as a location to use their police radio or laptop or to patrol an area, all while providing a visible deterrent to crime. Some police cars are specially adapted for certain locations (e.g. traffic duty on busy roads) or for certain operations (e.g. to transport police dogs or bomb squads). Police cars typically have rooftop flashing lights, a siren, and emblems or markings indicating that the vehicle is a police car. Some police cars may have reinforced bumpers and alley lights, for illuminating darkened allies. 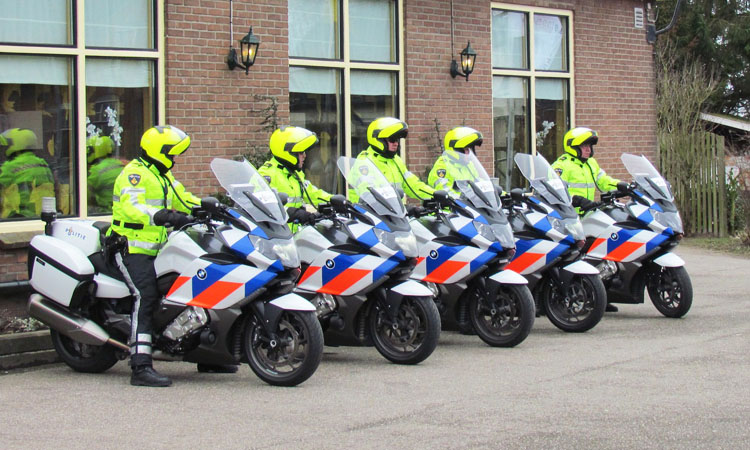