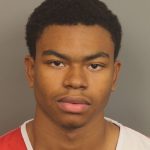 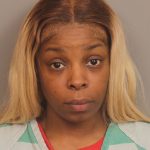 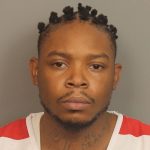 On Tuesday, May 18, 2021, Jefferson County Sheriff’s Office and the US Marshall’s taskforce performed an operation to arrest 3 subjects who had outstanding warrants for Robbery 1st degree.  According to reports, on April 21, 2021, Jaylin Ashford (19 years old), Victoria Crumpton (30 years old) and Kontrell Crumpton (27 years old), entered an apartment on Chace Lake Parkway along with two other currently unidentified suspects.  Once the group entered the apartment, they confronted the victims inside with firearms.  At gunpoint, they ordered the male victims to strip down to their undergarments and took valuables from them.  One of the female victims was hit in the forehead with a firearm.  The suspects then fled the scene.

Suspect Jaylin Ashford knew the victims, as they had allowed him to stay at the apartment.  It is believed that Ashford was upset about an earlier conversation with some of the victims regarding the current living arrangements.  He left the apartment and returned with the other 4 suspects (3 black males and 1 black female).  The victims were able to identify Ashford, Victoria Crumpton and Kontrell Crumpton as three of the 5 offenders.