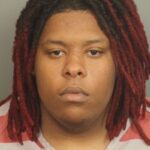 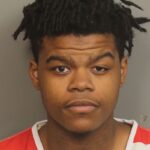 On Sunday night, December 6, 2020, Jefferson County Sheriff’s detectives arrested 20 year old, twin brothers Zamir Princeton Jones and Zaden Prince Jones in the murder of 19 year old Christian Dewayne Smith.  Deputies responded to the 1600 block of 2nd Street NE to investigate reports of a person who had been shot.  They arrived on the scene to find that Smith had been shot multiple times.  Efforts to assist Smith were unsuccessful.

According to reports, Smith went to Zamir and Zaden’s home to confront Zamir regarding allegations surrounding a separate incident involving one of Smith’s family members.  The two then opened fire on Smith, killing him.  The circumstances surrounding the incident remain under investigation.

The brothers are being held in the Jefferson County Jail, each charged with murder with a $50,000 bond.