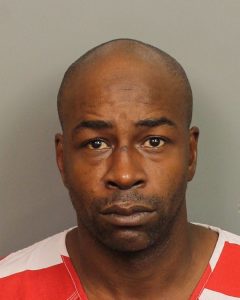 On Friday June 14, 2019 Jefferson County Sheriff’s Deputies found two people deceased at a home in the 3500 block of Bethel road. Those deaths were determined to be by homicide.  38-year-old Terrence Jermaine Holder has been charged with Capital Murder in the deaths of these two people.  Detectives developed evidence that led them to identifying Terrence Jermaine Holder as the offender. Holder was a casual acquaintance of the victim’s.  Additional evidence is still being reviewed.  Holder is being held in the Jefferson County jail on 2 counts of Capital Murder with no bond on either.

END_OF_DOCUMENT_TOKEN_TO_BE_REPLACED

On Saturday January 15, 2022 at 8:29pm citizens called 911 to report a three car wreck on Pinson Valley Parkway near the intersection of Meadow...