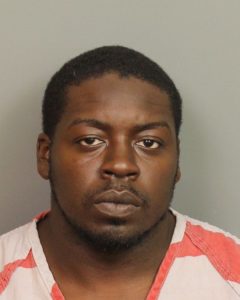 Jefferson County Sheriff’s investigators have charged 30 year old Larence Ladel Quinn with 4 counts of attempted murder for shooting at deputy sheriffs.  On Sunday October 27, 2019 at 2:45pm patrol deputies were investigating a theft from a local merchant and had several suspects detained in sheriff’s vehicles in front of Valley Brook apartments on Gallant Drive.  While conducting this investigation the deputies were shot at from a distance.  Bullets struck one of the patrol vehicles and shattered the rear window. Neither the suspects or deputies were injured.  The shooter then fled the scene and has been on the run since the offense.  Sheriff’s investigators with the assistance of the ATF(Alcohol Tobacco and Firearms) and the MACC(Metro Area Crime Center) were able to identify and track the shooter.  Quinn was taken into custody without incident around 4:15pm on Wednesday October 30, 2019.  Larence Ladel Quinn is being held on bonds totaling 1,000,000.00.