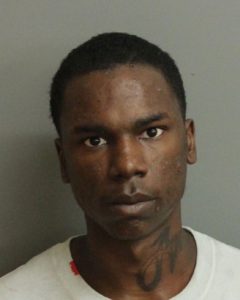 18 year old Kenneth Jerome  Wilkerson Jr. has been arrested and charged with murder in the death of a man found dead in Robinwood.  On Saturday September 28, 2019 at 2:49am a man was found dead in the Robinwood community of eastern Jefferson County.  Sheriff’s Detectives investigated the crime scene and developed enough evidence to lead them to the offender.  Sheriff’s Deputies tracked the offender and took him into custody.  This homicide appears to have resulted from a dispute over drugs.  Kenneth Jerome Wilkerson Jr. is charged with murder, his bond is $60,000.00.