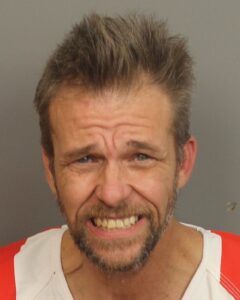 On Saturday October 24, 2020 at approximately 11:00am Jefferson County Sheriff’s Deputies responded to the 8200 block of West Hill Road in Pinson to investigate a report of a man firing a weapon.  When the deputies arrived on the scene a male subject began to shoot at them from inside a house.  The deputies took cover and called for assistance.  Entry was made into the house by the Jefferson County SWAT team  and they were able to take the shooter into custody without injury.  Deputies recovered the weapon and other evidence inside the home.  The shooter is identified as 49 year old Charles Benjamin Cofield.  Cofield was transported to a local hospital under guard for a mental evaluation.  After evaluation and release, Cofield was transported to the Jefferson County jail.  Cofield is charged with three counts of attempted murder with bonds totaling $450,000.00.