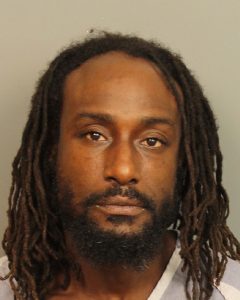 At approximately 5:30 this morning, Detectives responded to the 1100 Block of Centerpoint Parkway to investigate a homicide that had occurred nearby.  During the investigation, detectives were able to develop a suspect.  Patrol and K-9 Units mounted a search for the suspect.  Around 9:30 AM, 39-year-old, Terrell Maurice Watts was taken into custody and questioned by detectives.  Watts has since been transported to the Jefferson County Jail in Birmingham and was booked in at 11:45 AM on the charge of capital murder.