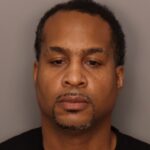 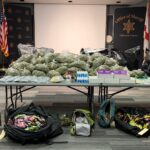 After an extensive investigation that lasted several months, Jefferson County Vice and Narcotics detectives have intercepted a large amount of drugs that was destined for the streets of Jefferson County.  Detectives learned that 43 year old Renardo Dejuan Henderson had just returned to Alabama with a significant amount of narcotics with intentions for distribution.

After the execution of 4 search warrants associated with this investigation, Henderson was taken into custody and placed into the Jefferson County Jail.    During the searches, Detectives seized the following:

Warrants are pending for Trafficking against Henderson.