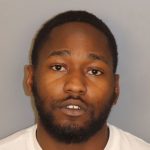 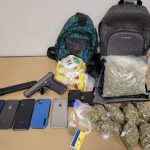 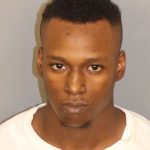 On Monday, April 18, 2022, Detectives with the Jefferson County Sheriff’s Office executed a search warrant on a vehicle in the 3000 block of Bonds Avenue in Birmingham.  During the execution of the search warrant, detectives recovered 4 grams of fentanyl, over a pound of marijuana and other controlled substances.  A hand gun was also recovered from one of the offenders.  Inside the vehicle were Marlon McElroy and Corey Ware, Jr. and an unnamed juvenile.