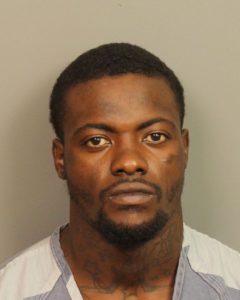 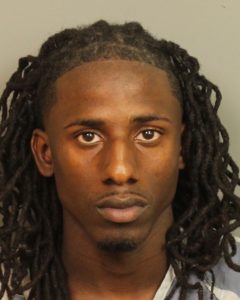 On Tuesday September 24, 2019 at 11:46am Jefferson County Deputies investigating drug activity and gang activity observed suspicious behavior in the 7300 block of Oporto Madrid Avenue.  As deputies made contact with a group of men some of the men attempted to run.  The men were captured and evidence near the men presented enough probable cause to obtain a search warrant for the location that they ran from.  Deputies executed the search warrant and found 8 grams of methamphetamine, 87 Xanax pills, 3 grams of cocaine, 37 grams of Oxycodone, 91 grams of Marijuana, 1 liter of Promethazine, 4 grams of Heroin and 1 Glock pistol.  26 year old Shaquille Q. Calhoun was arrested and charged with Drug Trafficking bond $100,000.00, Trafficking in Hydrocodone $100,000.00, Unlawful Distribution of a Controlled Substance bond $60,000.00.  Attempting to Elude a Police Officer bond $1000.00, Unlawfully Carrying a Pistol bond $300.00, Possession of Drug Paraphernalia bond $300.00, Possession of Marijuana 1st bond $15,000.00.  Unlawful Possession of a Controlled Substance bond $7500.00.  25 year old Steven Martez Rogers was also arrested and charged with Attempting to Elude a Police Officer bond $1000.00, Possession of Marijuana 2nd bond $300.00 and Possession of Drug Paraphernalia bond $300.00.  This investigation is active and more charges of other individuals may result from this search warrant.