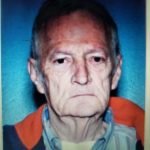 Around 5:45 PM, Jefferson County Sheriff’s Deputies were dispatched to an area near Hillview Lane in Centerpoint to investigate the report of a missing Alzheimers’s patient.  According to family member’s, 77 year old Ronald Watkins went missing around 5:00 PM on Saturday, February 20, 2021.

Mr. Watkins is approximately 6’0″ tall and weighs approximately 170 pounds, and has brown eyes and salt and pepper colored hair.  Mr. Watkins was thought to be wearing a sky blue jacket, navy blue pants, black shoes, glasses and possibly an orange Auburn ballcap.  He is known to frequent the area in and around 22nd Avenue NE in Center Point.

Star One, K-9 Deputies are being utilized in the search.  ALEA is assisting.  If you have seen Mr. Watkins or if you have any information on his whereabouts, please call the Jefferson County Sheriff’s Office at 205-325-1450, or dial 911.